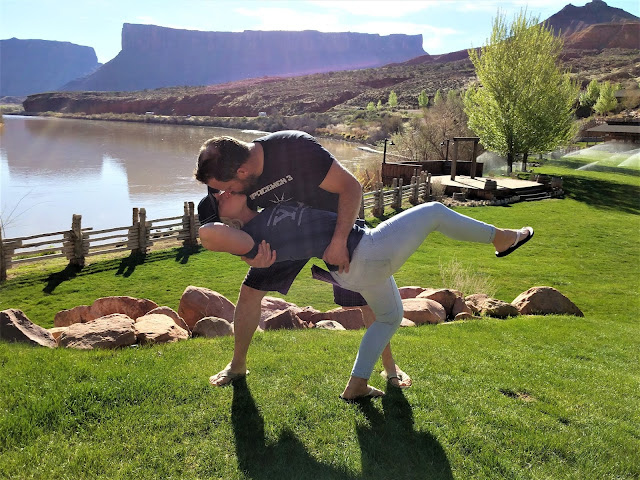 Ok guys, this place is amazing. You drive about 15 minutes up the canyon out of the bustle and crowds of Moab and come upon this oasis in the middle of those towering red rocks.

Our room came with 2 queen beds, a pull out couch and a little kitchen, dining area.  The best part was the back door that opened right onto a huge grassy area. Perfect for road weary kids to run around on. 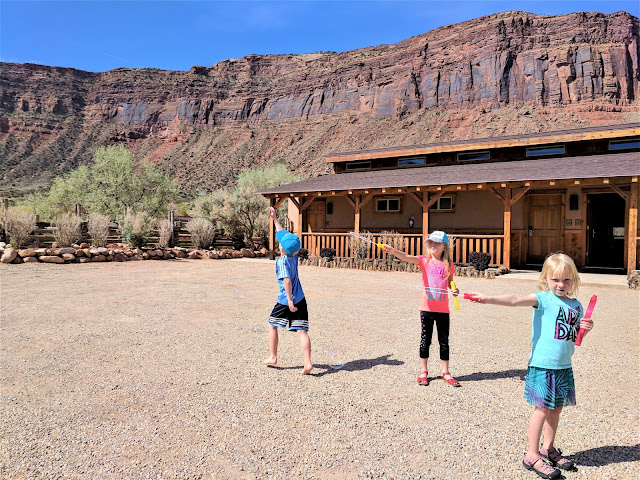 We brought plenty of food to eat but decided we had to get the breakfast buffet one morning just because you can't beat this view.  I don't think these girls have any idea how lucky they are.  Also, the food is amazing. Not just pancakes and waffles but a cowboy egg scramble packed with veggies and the biggest pile of bacon I've ever seen. 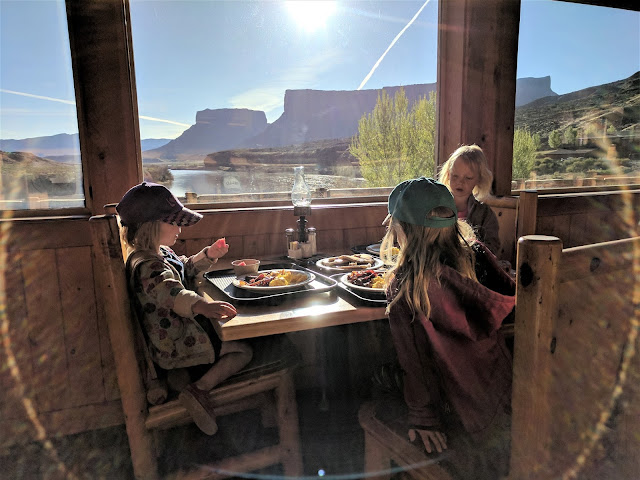 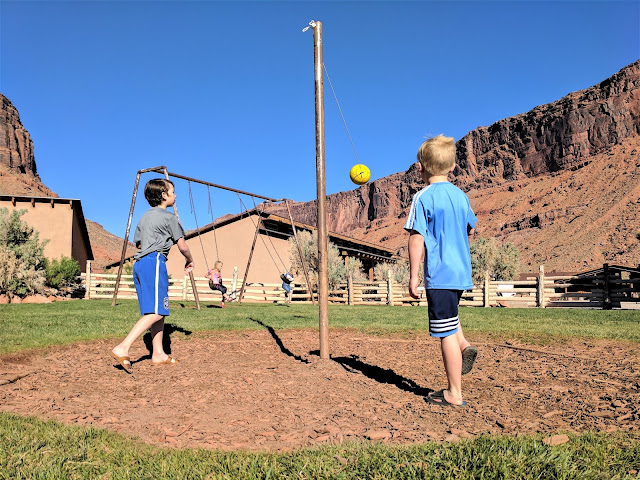 They even have a free movie museum with tons of cool stuff they've used in the movies filmed in this area. 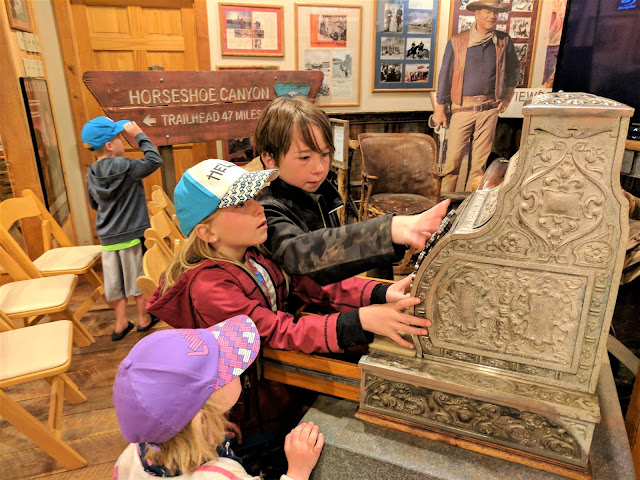 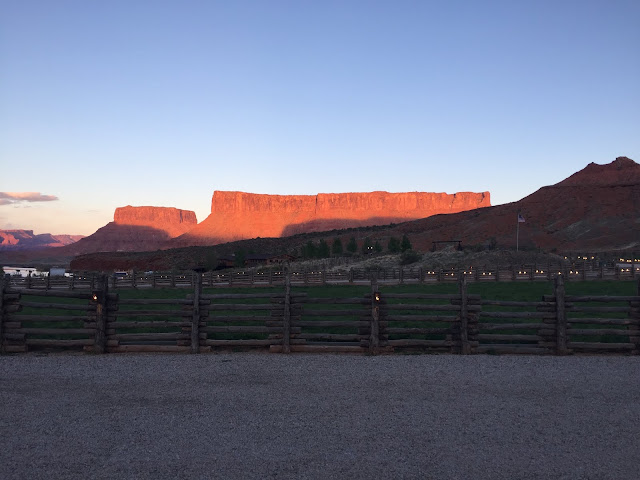 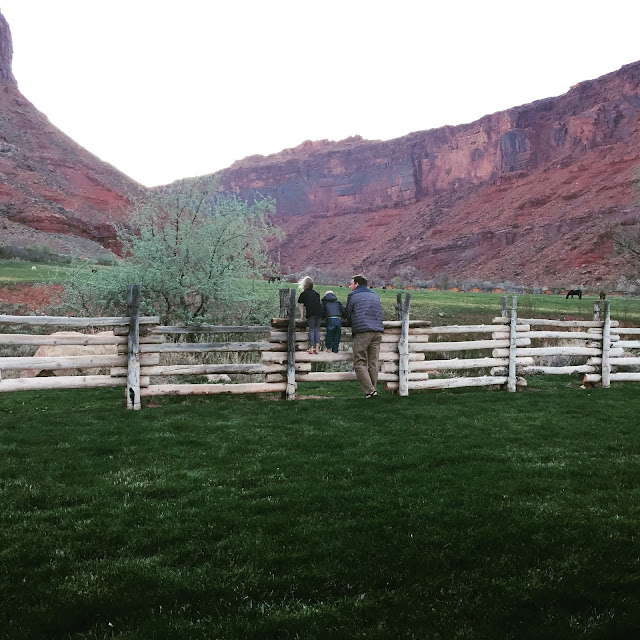 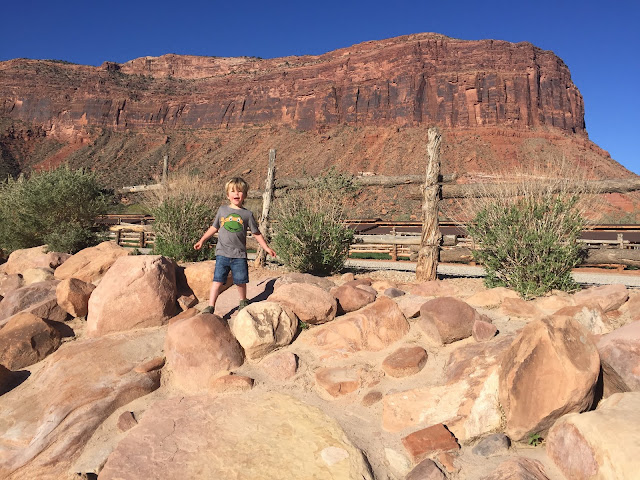 Just such a magical place! 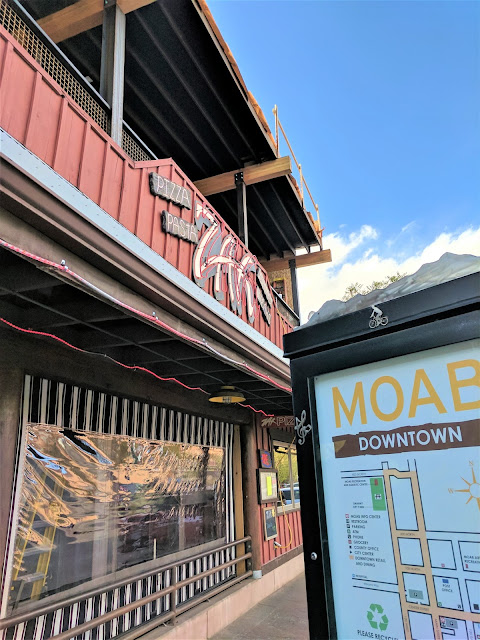 Zax is THE place to eat in downtown Moab.  Right in the middle of all the action with the best pizza around.  Kids can get an enormous slice of pizza for $2.50!  We could feed all our 10 combined kids for $25.  That's unheard of!! 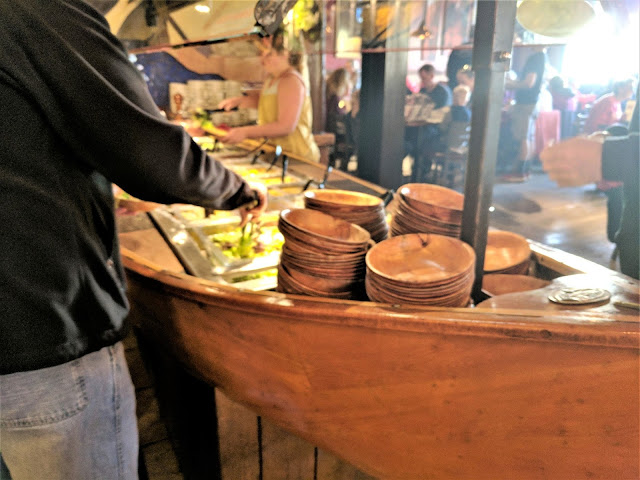 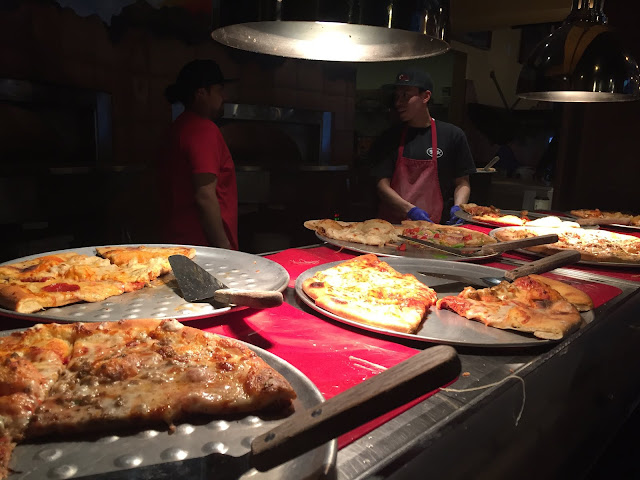 what to do:
Moab Giants Museum 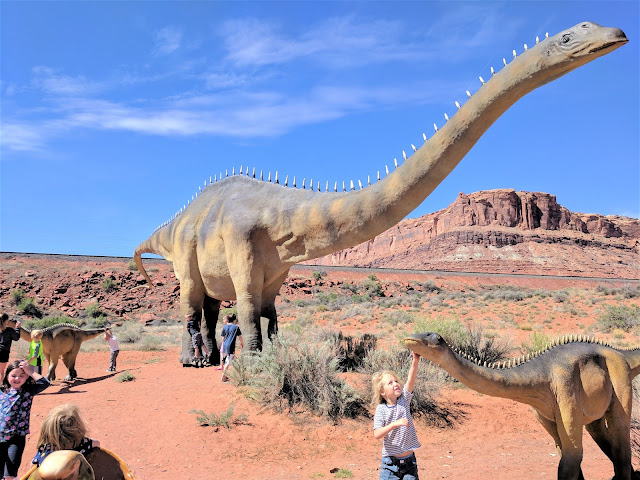 A mile long trail through the life size grazing dinosaurs, a dino playground, a dig out area, a 3D theater, a 5D prehistoric aquarium and so many more surprises we would hate to spoil.  Moab Giants is a perfect way to take a little break from the hiking and biking that Moab is known for. 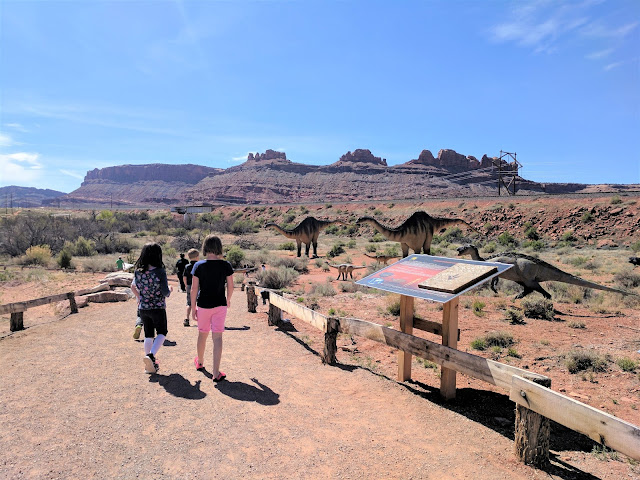 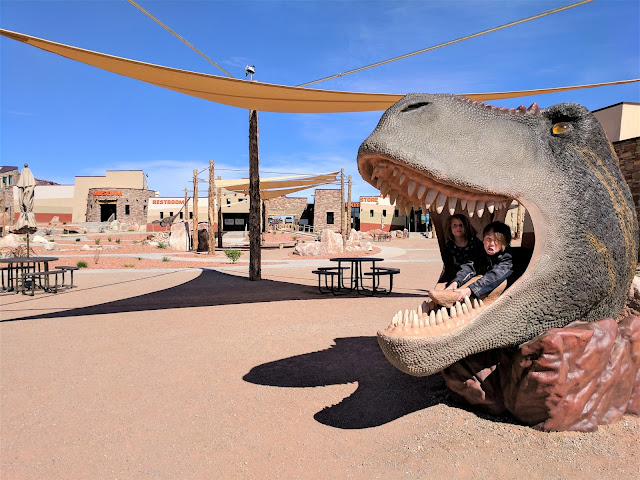 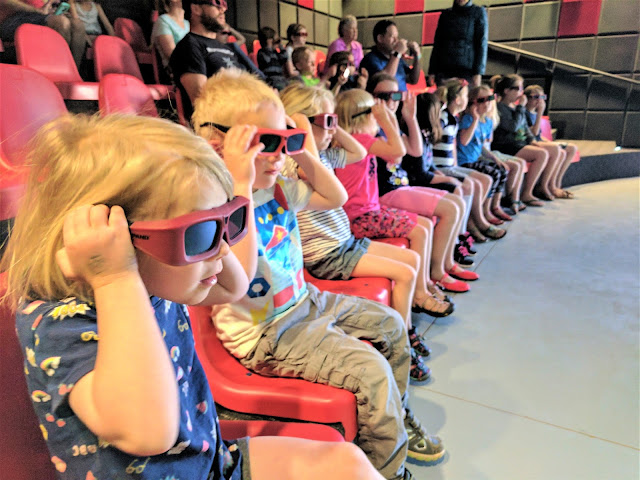 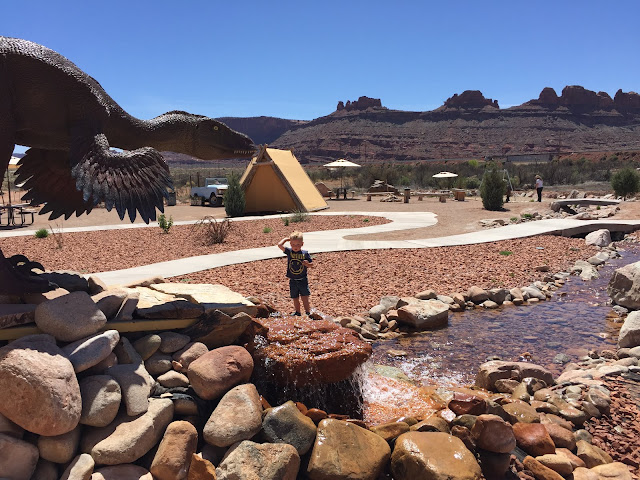 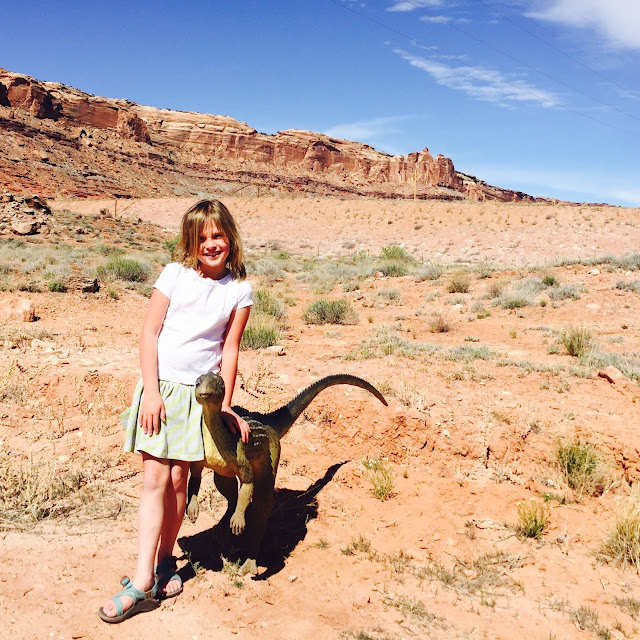 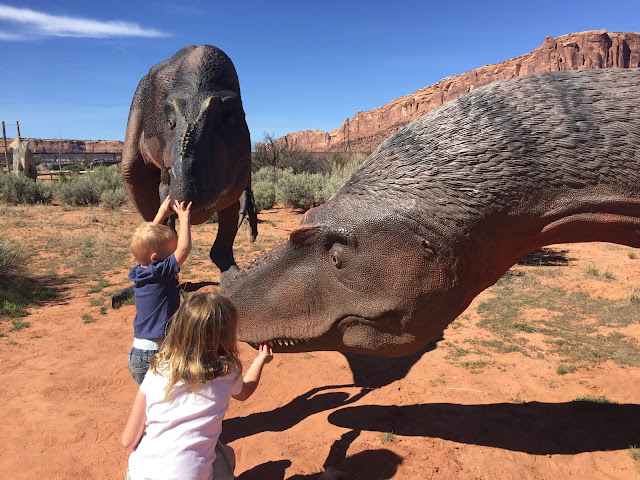 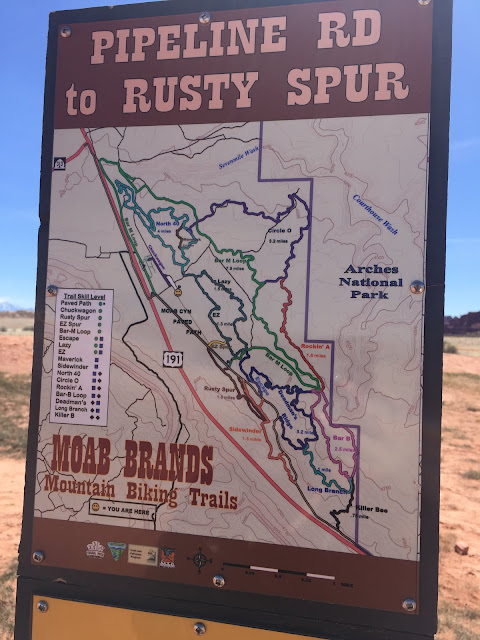 But you absolutely can't leave Moab without doing some biking.  We love the Bar M trail system.  As you can see there is something for every level of rider. They even have a little practice pump track that's a ton of fun for little guys. 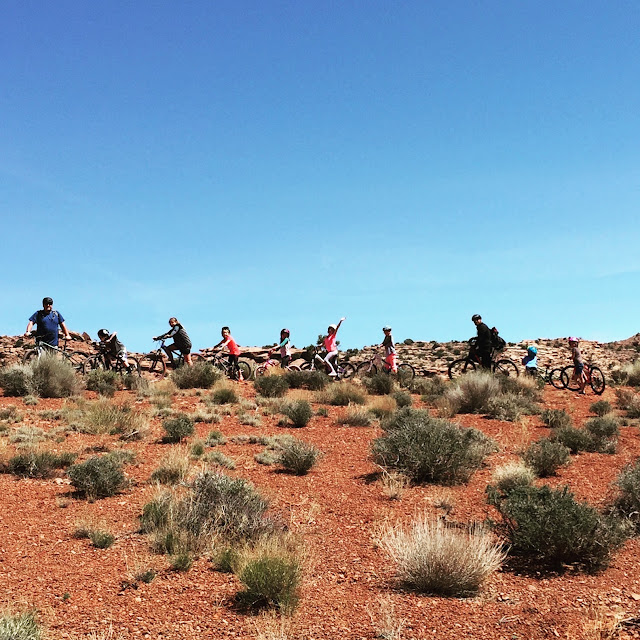 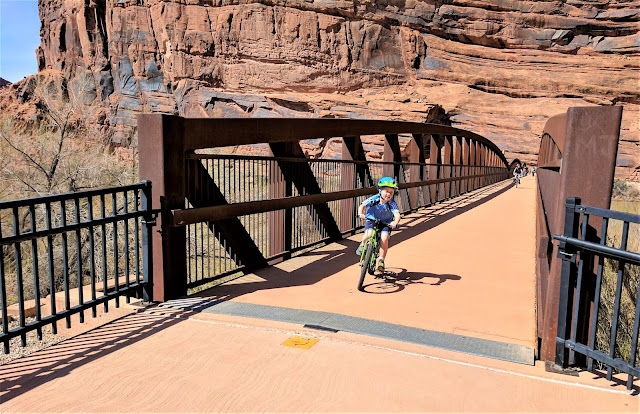 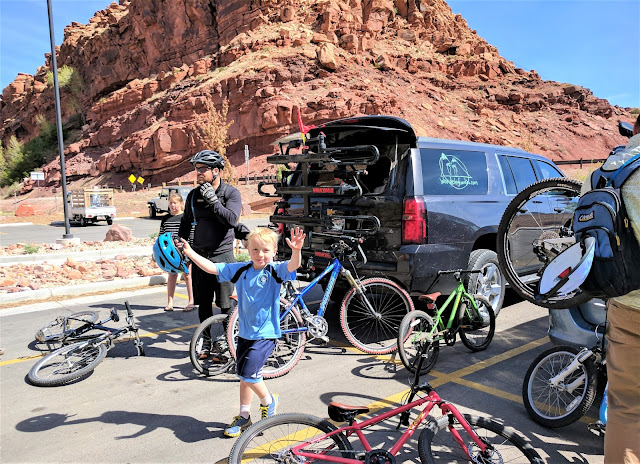 So here are the deets:

Stay: Red Cliffs Lodge Suites and 2 bedroom cabins along the banks of the Colorado river https://redcliffslodge.com/

Do:  Moab Giants life-size dinosaurs in the land they called home
http://moabgiants.com/

Posted by Wanderingfamilies at 7:09 AM No comments: