Many years ago I went skydiving - static line because i was too cheap to pay the extra $50 to go tandem - and it was so nerve-racking that I really don't remember much of it before the parachute was completely open. So when my kids and I saw a video of indoor flying, I KNEW that I wanted to try it out! Indoor skydiving is done in a wind tunnel that is 40' high. The wind speeds is adjusted according the person's weight (so my three year old's wind speed was considerably less than my husband's). The only requirement to fly in the tunnel is you must be 3 years old. Professional sky divers use it to practice their free-fall skills.  I did a google search and found that there was, iFly, an indoor sky diving in Ogden (about 1.5 hours north of us) and used it as a reward for my children, collectively, walking/biking/swimming 100 miles in one month.

Anyway, we went right after school on a Monday afternoon and had the place to ourselves! I imagine that on the weekends it would get pretty busy. We signed waivers, were weighed and had an orientation meeting where we met our flight instructor, Jesse, and learned some basic hand signs. 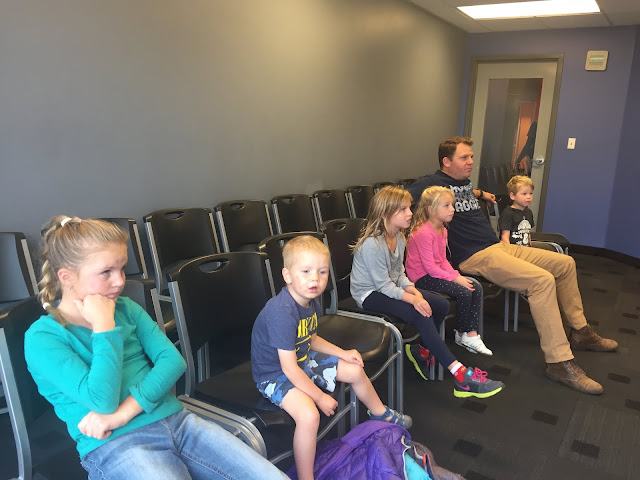 After the training video, we were all outfitted in flight suits, ear plugs (it is extremely loud in the tunnel), and googles (note: you MUST be wearing shoes that lace up...if you don't have any, they do have some on hand you can borrow). But really, I decided that there was pretty much nothing cuter than these tiny humans in flight suits! 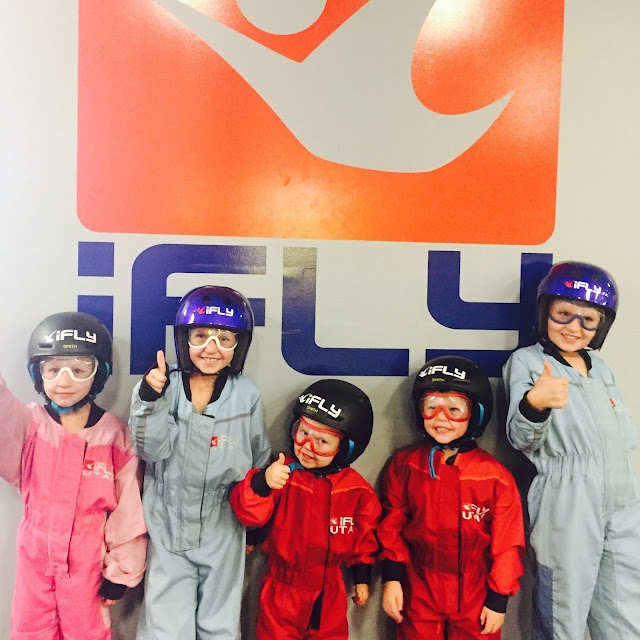 Once in the tunnel, the flight instructor holds you steady and helps you get the feel for the correct positioning. Each person gets two, one-minute flight in the tunnel. I realize that one minute doesn't seem very long, but let me assure you that you will be amazed how long it really is! It is the perfect amount of time! Our three year old really loved it and kept giving us the thumbs up! 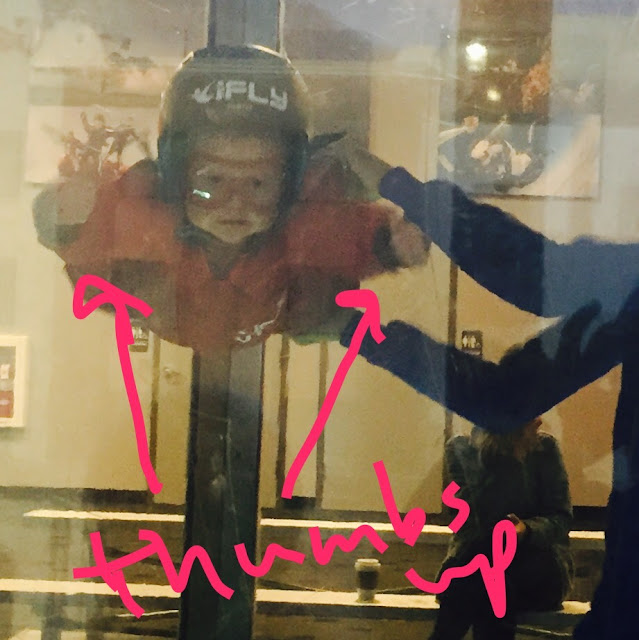 The four year old really thought it was incredible and did a good job adjusting his body position to what/when the instructor told him. 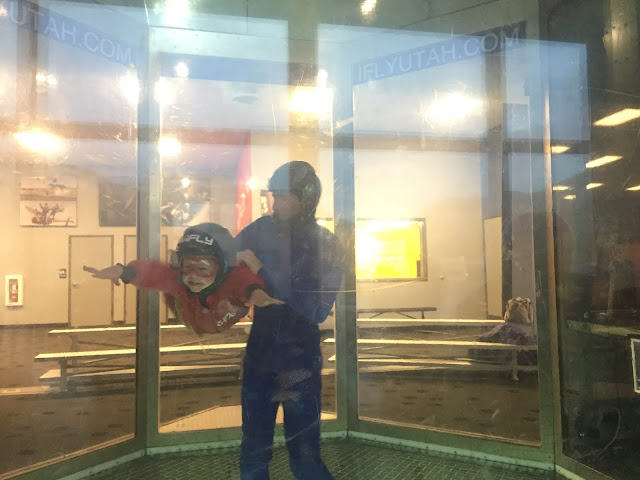 The flight instructor even holds onto adults to be sure you are getting it right because one the second turn into the tunnel, he doesn't have to do much assistance. 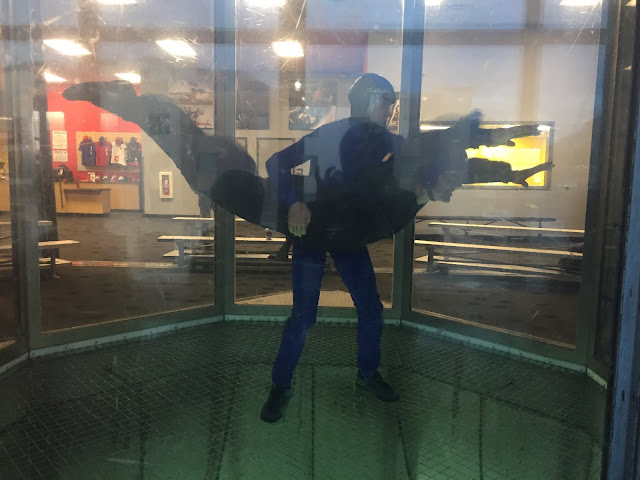 A little more practice on staying level (it is not as easy as it seems). 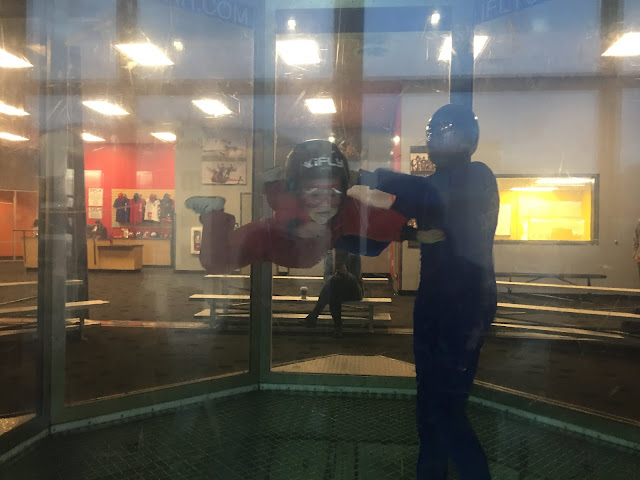 I did get the hang of it a bit faster, but I just chalked it up to my previous sky-diving experience! 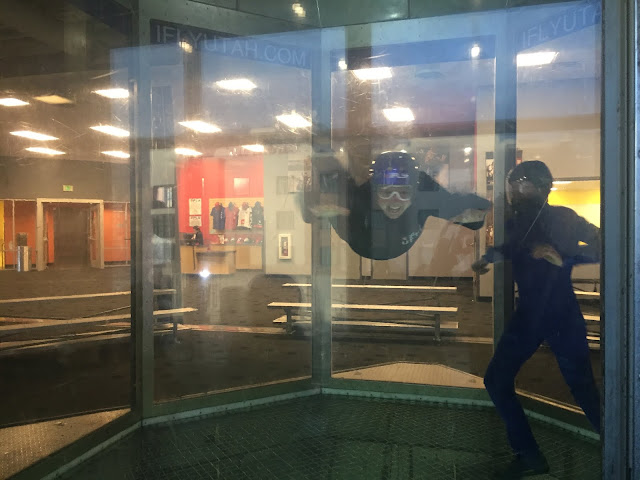 Our six year old was a natural and the instructor rarely had to adjust her; in fact, she decided that she wants to be a professional sky diver when she grows up! 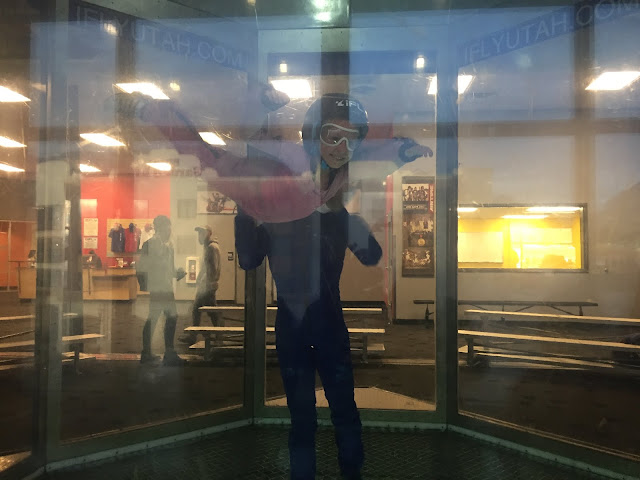 The real fun is the second turn in the tunnel - this is when the instructor grabs a hold of you, the wind speed increases and you FLY to the top of the tunnel! Sheer exhilaration! 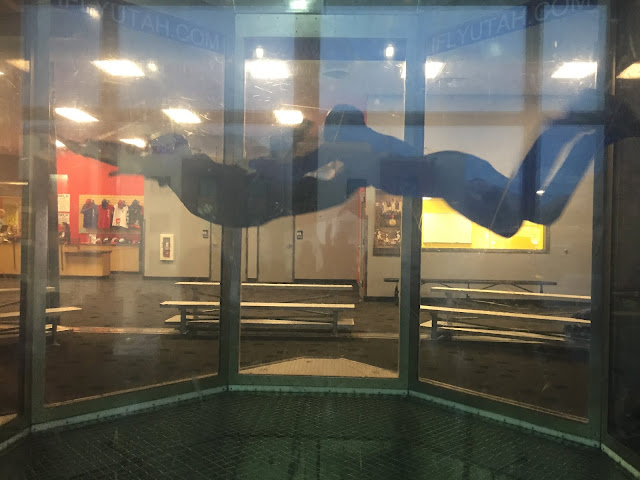 This little girl didn't want to come back down! 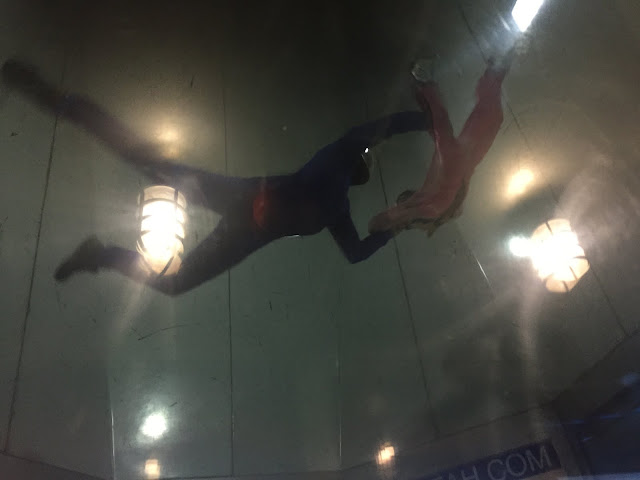 They even took the little boys up high! AMAZING! 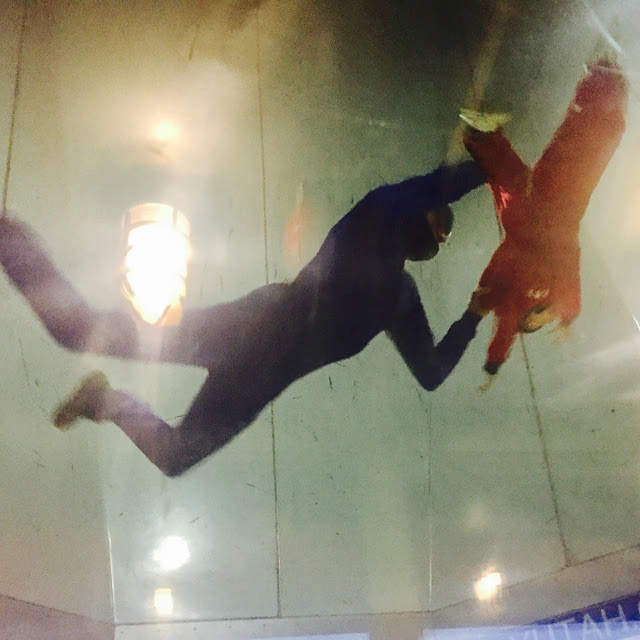 Another fun part of the experience was watching our flight instructor do some crazy cool moves and flying for a few minutes after us. He was so talented and it was exciting to watch! This was one experience that every single one of us walked away and decided that we definitely want to come again. We highly recommend it! It is a splurge, but often there are deals which make it completely doable! GO!!!!

Posted by Wanderingfamilies at 2:17 PM