Capitol Reef National Park is the least visited and know national park in Utah, but it is our family's very favorite! And the hike to Hickman Bridge inside Capitol Reef NP is the perfect hike to start your family on becoming hikers. The hike is relatively short (1 mile each way) and flat and the end is spectacular! 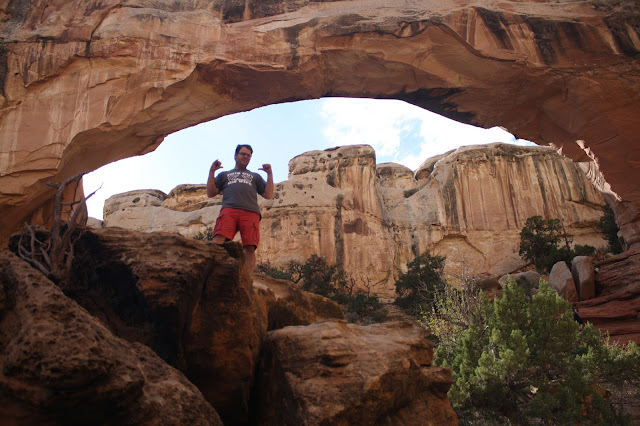 The trail is well maintained and easy to follow, but it is exposed - not much shade, so plan accordingly (go early in the morning or at least be sure to bring water). We stopped at rocks and trees to "rest". 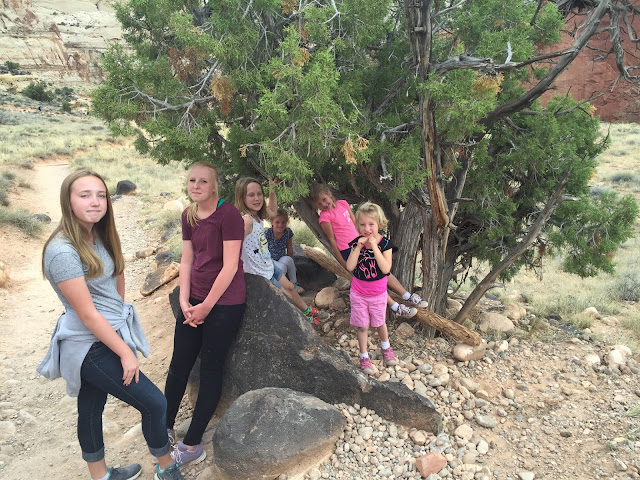 We opted to carry both of our youngest (2 years old and 1 year old) because they love to look for/collect rocks, sticks, lizards, bugs, etc which makes even a short hike quite long. 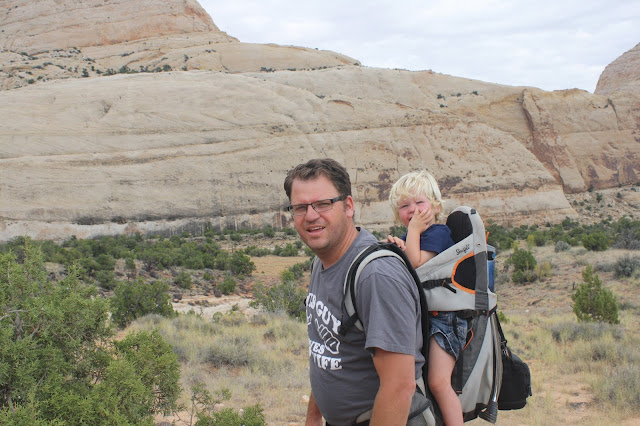 About half-way to the arch, there is a really cool area with boulders to climb on and and sandstone to scramble all over.  It is also a perfect photo op! 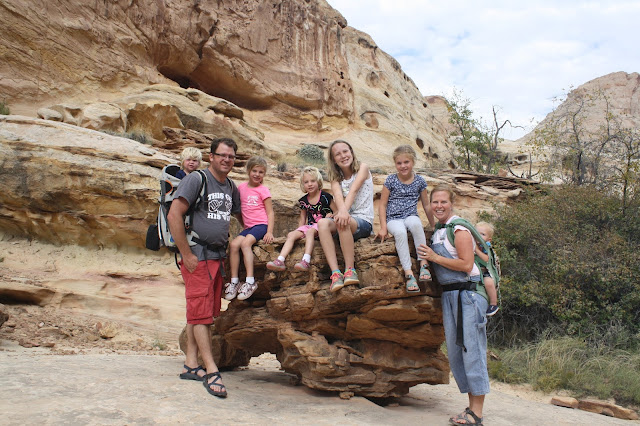 Once you reach Hickman Bridge, the rock changes to red and it is stunning! Walking down off the trail has loose rock, so you may want to hold littles' hands. 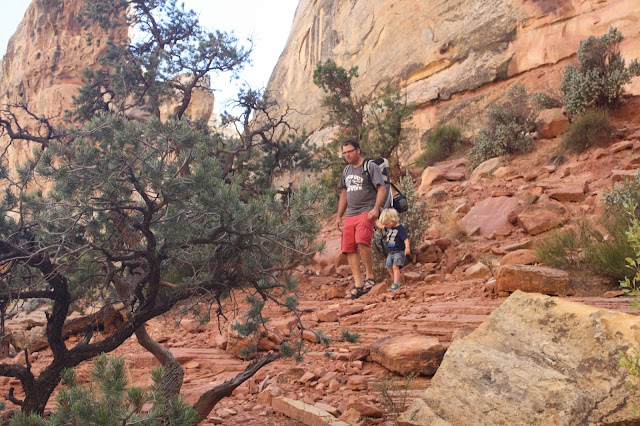 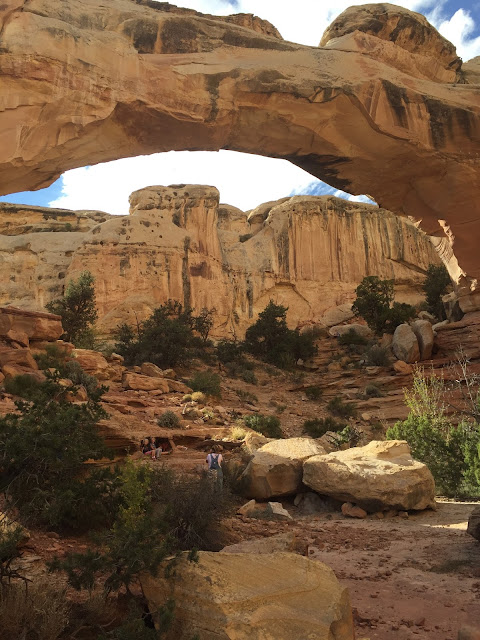 This boy thought it was the most fun to play in the soft, cool sand below the arch. 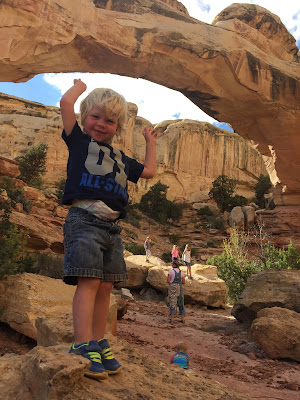 Our girls ran all around finding cool "caves" and "tunnels" to play in. It was perfect for children to climb up and down and all around! 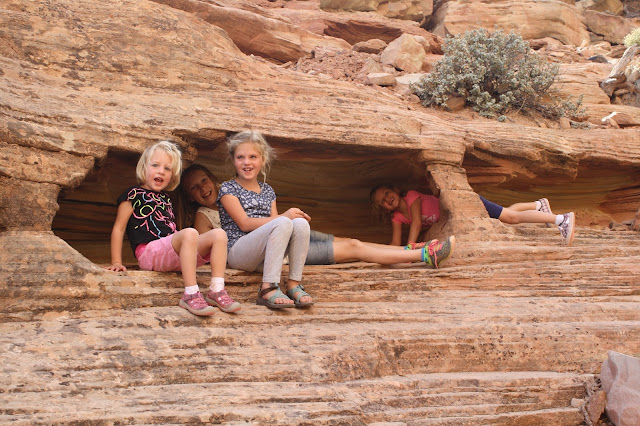 And it was also fun to explain the variation of colors, and the strata and how the bridge was formed. According to the pamphlet, "The Kayenta Formation consists of hard beds alternating with much softer layers. The bridge is firm sandstone, while next to the trail is friable red shale which crumbles easily. During wetter times, water coursed down behind the fin into which the bridge was cut, and eroded the soft shale until it broke through. Subsequent erosion enlarged the span. " 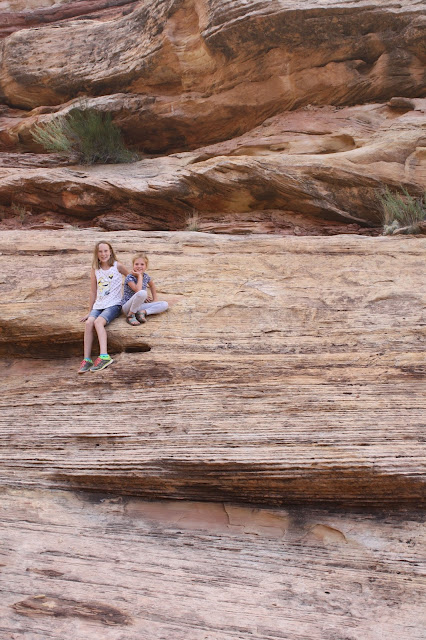 Directly below the arch, you can really see the red rock and feel how much softer it is than the hard sandstone. 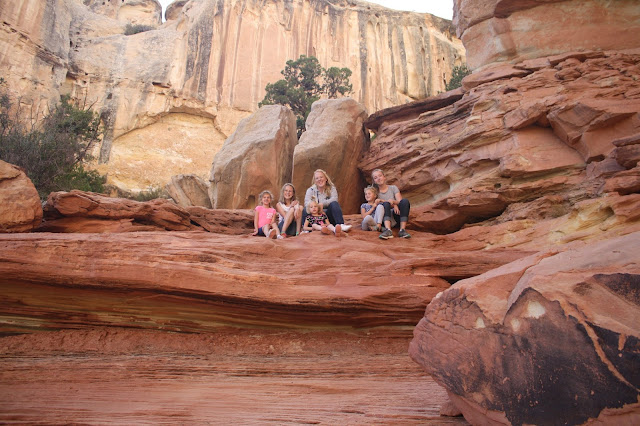 And, if you are really lucky, there is a large puddle (probably filled with ghiardia, so I wouldn't let my kids play in it) at the base, too. It was fun to throw rocks in it. 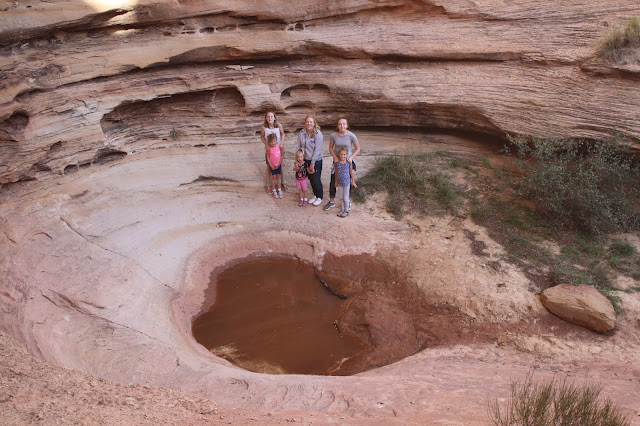 While the girls explored the walls and such, our toddlers played in the sand. 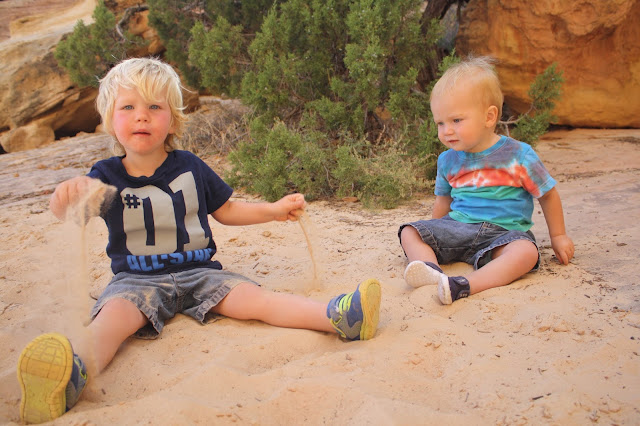 These girls could've spent all day playing around Hickman Bridge. Plan on an hour (and if you're smart, take a light picnic to eat while there) at the arch before returning down to the trail head. 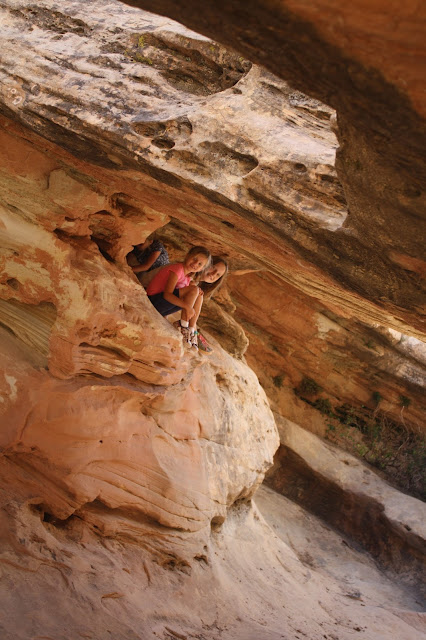 
Posted by Wanderingfamilies at 2:00 AM