We decided to do something totally non-traditional and take our Thanksgiving to the great outdoors. Which in late November means to head to southern Utah.  We had passed Exit #40 on I-15 (Kolob Canyon) many times, but had never stopped. This time, we stopped. Boy oh boy! What a treat Kolob Canyon is! We stopped at the Ranger Station and they recommended Middle Fork of Taylor Creek. The friendly ranger said that the hike was world-class, but to watch the incoming storm and get out of the wash if it started to rain (flash floods are a very serious concern in that part of Utah). We followed his suggestion and headed to Taylor Fork on that very cold, but glorious afternoon. The trail is well worn and easy to moderate in difficulty.  At the start, it descends a steep staircase and then it levels out to a flat trail. 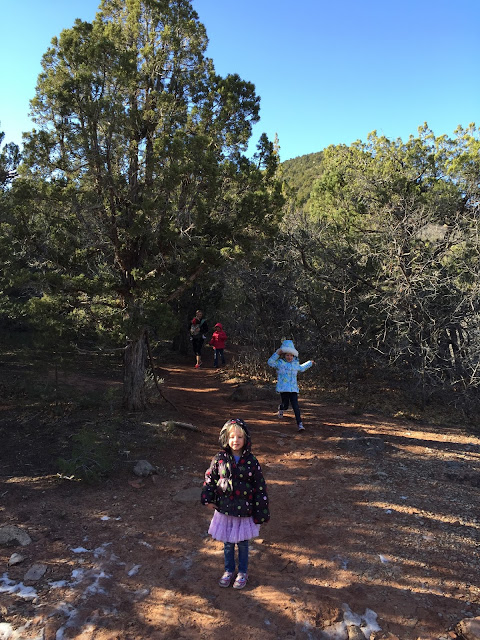 The trail is perfect for children and absolutely stunning. It is about 5 miles round-trip and crosses the stream multiple times - a definite bonus for children. If it hadn't been 30 degrees and windy, we would've played in it. 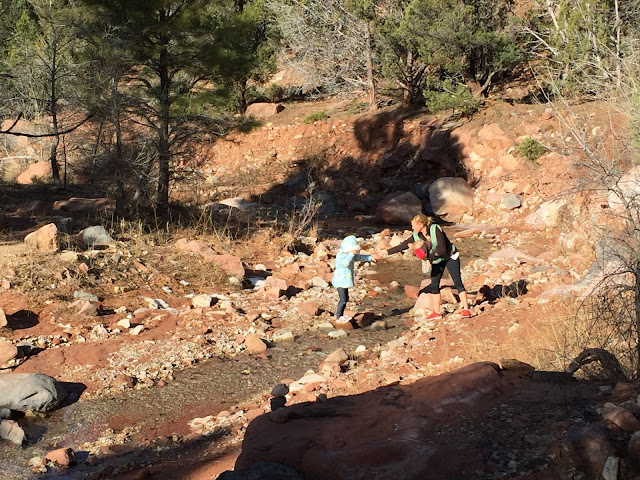 Soon after crossing the stream for about the tenth time, the trail began to slowly climb in elevation, but nothing strenuous. Unfortunately, with the elevation gain, we encountered snow and ice. 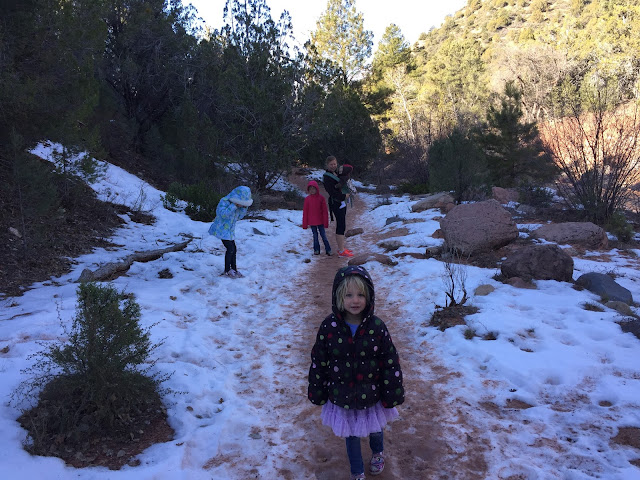 But the scenery had us spell-bound and we continued onward. 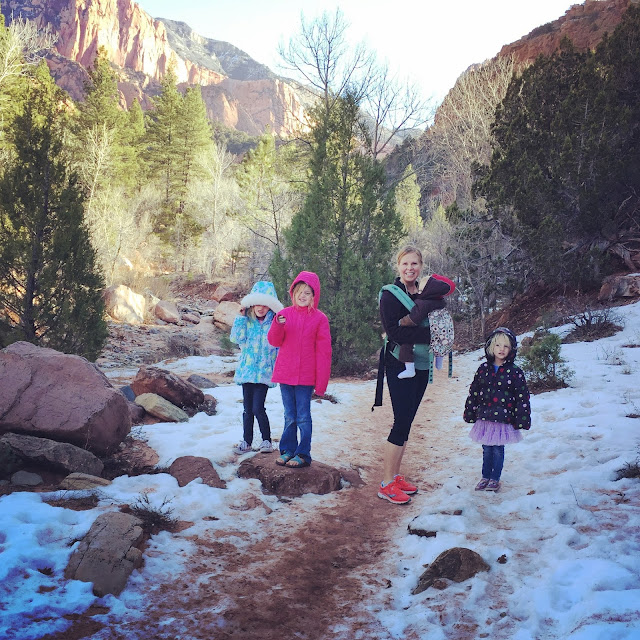 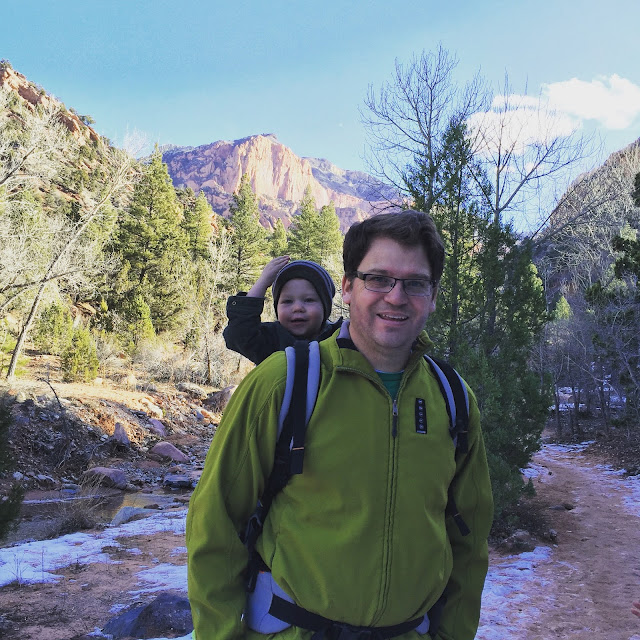 About 1.5 miles into the hike, the snow and ice was everywhere and we were not prepared for it (notice my oldest daughter is in Chaco sandals). The storm rolled in and we had to make a decision to turn around. 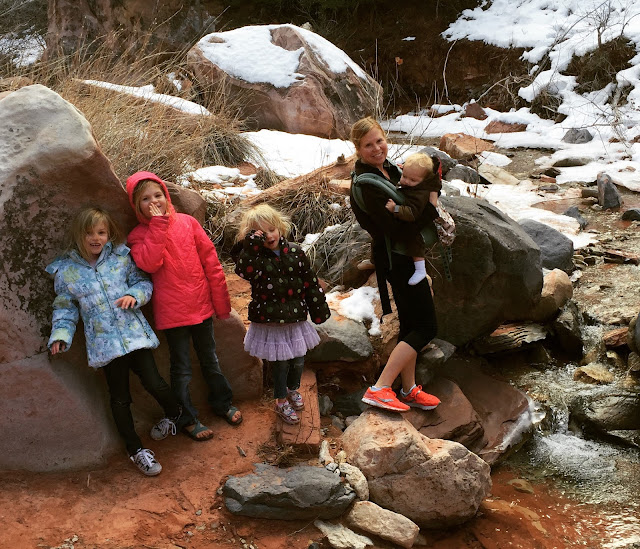 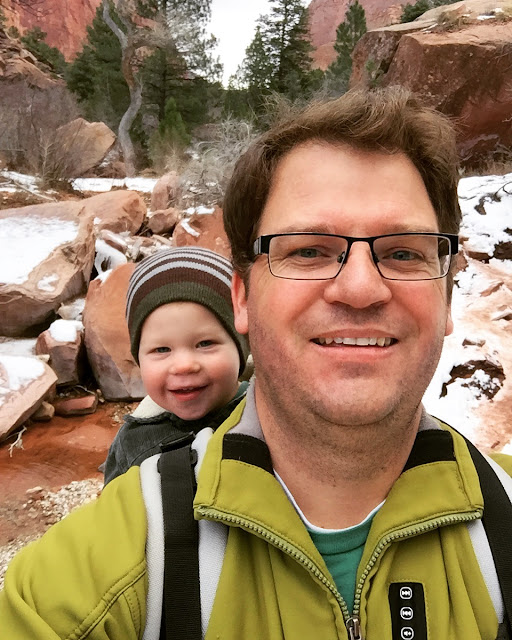 After returning to our minivan, our children said that they wanted to do the rest of the hike again in the summer - success!  We drove the rest of the canyon road and stopped often looking at the magnificence of Kolob. 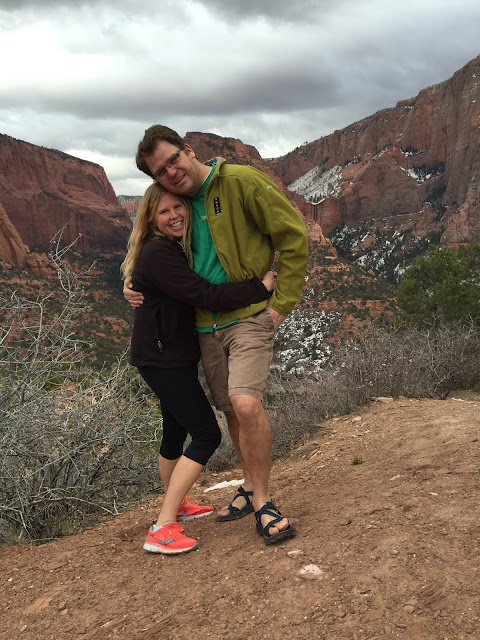 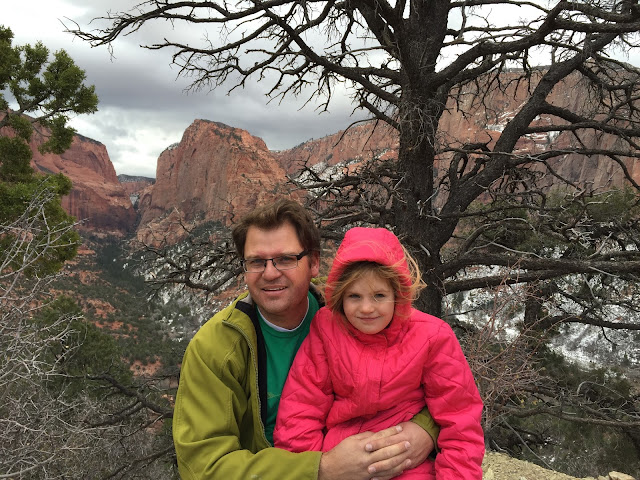 We plan on returning to Kolob Canyon this summer and take our time on Taylor Creek Middle Fork. (update: my hubby and I hiked it on June 6 and it is beautiful and easy and longer than described - it's actually 3.2 miles each way; however, it is such a fun and pretty level hike that I don't think the .75 miles longer was noticed) Here is a pic of what it looks like in summer: 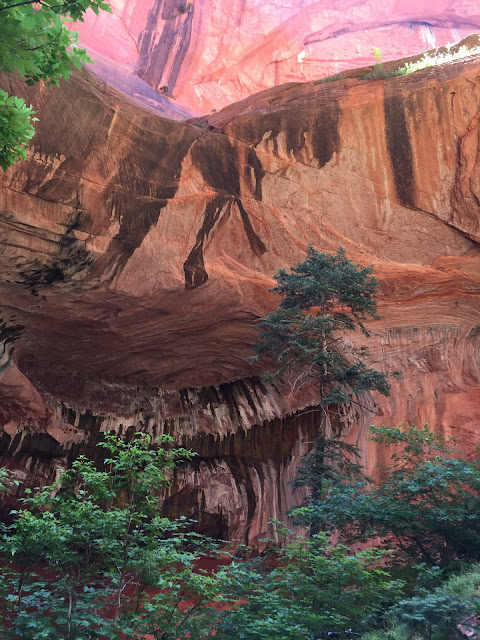 FEE:
$30 per vehicle for a 7-day pass (but the pass gets you into Zion National Park, too!)

Posted by Wanderingfamilies at 4:00 AM